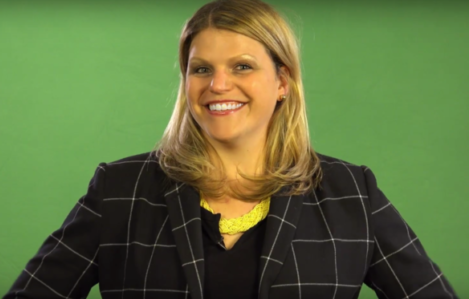 18 Jul Behind the Scenes of Mainstreams 4 Ways Video

Posted at 17:37h in Behind the Scenes by Beth Klepper

When I first started selling video getting people from the “we know we need video” into production and actually writing a check was a big challenge. Most people, and businesses, are not familiar with the video production process and there’s is a lot that goes into it.

So after I got a few people through the sales process and into video production I thought okay I’ve got the hang of this. Then we ran into another challenge. Just because we made a video, didn’t mean people were going to do anything with it. And this was a big problem for our customers.

They had just spent a bunch of money with us and by not doing anything with the product it could be considered a waste, which is also a big problem for Mainstream. How are we supposed to help people use the power of video if the video sits on a link never to be used or distributed in anyway?

It was very simple, once the video was made, we scheduled a time for it to run and the video ran, but digital marketing is totally different. If you’re a very organized business owner you might find video marketing make its way to the priory list, but even then, the odds are it’s still way down on that list.

The team at Mainstream quickly realized that if we want to help people use the power of video that also means understanding how and where to place that video once it’s done, and helping our customers to do just that.

There are so many ways to distribute a video. And that may be at the core of why business owners weren’t getting the videos to work. Paralysis by analysis is a real thing. You can do a media buy on Comcast, you can place YouTube ads, you can even do video ads on Pandora. The places to put video are endless which can make finding the beginning a real challenge.

Like anything we have to take things one step at a time. So for those of you who have made a video and have it sitting on your desktop or on YouTube not sure what to do with it… let’s move the needle. To help our customers take steps to having videos work for them, we put together a video – “4 Ways to Distribute Your Video.”

One caveat is that not all videos are the same and what message you are sending has a big impact on where it should go. By watching this video you should have a pretty clear idea of where you can put your existing video….and the best part it won’t cost you anything.

For us, we put this particular video in an email campaign, on social media and on this blog. It’s been amazing to see how well video in an email campaign can work. People that I networked with years ago see the video and are able to think about things differently and are reaching out. That’s the power of video. It’s a really great personal touch in that oh so tedious sales cycle. They see you, hear you and think about if what you have to offer is something they want, and isn’t that all sales is anyway?

It was very simple to put this video together, we scripted the content, did a quick read on the green screen, and then I voiced the rest of it. The graphics were simple and Varuna, our marketing coordinator, used her Quicktime software to record all the screen shares. All in this was about a $1000 video, though we got a deal because we know the owner.